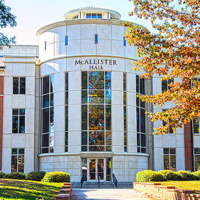 The Art of Being LC: Blazing a Trail of Freedom from Instutionalization to the Supreme Court

“The Art of Being LC”- tells the story of Lois Curtis, an African American woman with an intellectual disability who petitioned to leave Georgia Regional Hospital in Milledgeville to live in the community, and was denied by the state. Represented by the Atlanta Legal Aid Society in a class action suit, the state of Georgia settled in the now historic Olmstead ACT of 1999 (integration mandate)---which resulted in the closure of most of the remaining state institutions in Georgia (including Georgia Regional in Rome), and required community residential living and integration for people with intellectual disabilities.