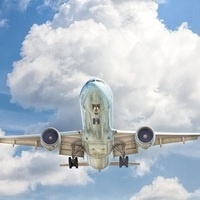 Flying Blind: Keeping aircraft safe without a pilot on board

The unmanned aircraft market is one of the fastest growing sectors in the world today, poised to become a billion dollar industry in the next several years. This explosive growth in unmanned aircraft, both small and large, brings an increased risk of these vehicles interfering with current aircraft, or harming unsuspecting bystanders. This talk will discuss some of the research NASA is doing to keep the airspace safe, while allowing drone pilots the freedom to fly. The discussion will center on two NASA-developed systems: Safeguard, a platform-independent geofence; and DAIDALUS, a software suite for detect and avoid. In addition to describing what the systems are supposed to do, we'll also discuss how NASA uses formal methods to provide assurance that they actually do as intended.

Speaker: Dr. Aaron Dutle is a Research Computer Scientist, and technical lead of NASA Langley Research Center's Formal Methods group. His work centers on the development and application of Formal Methods for use in Air Traffic Management, Unmanned Aircraft Systems, and Urban Air Mobility. Dr. Dutle is an inventor of DAIDALUS, which serves as the reference implementation for Detect and Avoid capabilities for Unmanned Aircraft in the National Airspace, as described in the national standards document DO-365b. Before joining NASA in 2014, Dr. Dutle earned his Ph.D in Mathematics from the University of South Carolina, specializing in Graph Theory and Combinatorics. His Erdős number is 2.